Your LD Child and Their Teachers: Stuff to Think About

Your LD Child and Their Teachers: Stuff to Think About

Welcome back to the Help! My Child has Learning Disabilities Series.  Today I am writing to you about school, teachers, and your child. This post is #4 in the series.

As I have said in previous posts, our family has done all the things in the ways of schooling.  And I will be writing about homeschooling your learning disabled child next. But today it is all about public and private schools.

I want to first start by saying, I have 3 children currently enrolled in public school.  We are very happy with the school district we are in, and I stand by my belief, you should never say never.  I won’t say that I won’t ever homeschool again, however, I do pray that I never homeschool again, every night before bed.

I loved homeschooling.  And, I graduated three from home. But, I feel done.  When Maggie first started school, two years before we would bring her home, and begin schooling our then 3 and 5-year-old son, John, and Luke, we were certain she would graduate from public school. Later, we would send John and Luke to a private school for kids with mid-range learning disabilities.

Which by the way, was PRECIOUS.  I brag on them often. When John, who is now a Marine, was deployed last year, that little school sent him care packages and letters.  Kinder souls I have not met.

In the ways of peers, if you have the means and the opportunity, a school like this is an excellent option.  It provided our boys with fresh eyes, appropriate enrichment, and friendships. Some still in practice today. Granted, Luke was faking or modeling John’s deficiencies so that they would not be separated, which landed him in a classification of certifiable or genius.

Even still, he matured exponentially and academically.

And, I know this is not always an option.  I do lean toward the option of homeschooling an LD child, if it is appropriate for a season, simply because it helped John so much.  He didn’t feel the burden of failure as much, and he wasn’t seeing the constant successes of his peers. I believe this did help John’s self-confidence.  However, I also know, it is not for everyone and it is not always feasible.

What I have never been, and will never be is an a-one-size fits all kind of gal.

Of the private schools we attended, we had positive experiences and very negative ones.  One of John’s teachers was nothing short of abusive to anyone operating below her standards.  But I want to say this, I believe that the majority of teachers want good things for your baby, for all of their students.

Which brings me to the main point of this post.

It might feel like a school or teacher is out to get your child, the child that does not learn or focus or behave like the other children.  But as someone with a background in education, what I want you to hear is, this is not true.

And I remember this most vividly.  I was teaching first grade at a private school.  I had 8 girls in my class and two boys. Twin brothers, who were entirely dear and hilarious. The girls were all developmentally on target and easy to teach.  And one of the brothers, who we will call Braden was a walk in the park. The other brother, Braxton, could barely keep up with his own shoes.

As the class advanced in phonics and counting, sorting, and handwriting, Braxton grew restless, frustrated, and well, obnoxious.

He meant no harm, he was just a little boy.  For his parents, it was especially important that the twin boys stay in the same grade.  But as Christmas break came and went and Spring Break approached, it was becoming more obvious that Braxton was not ready for the second grade.

They had as much testing as they could have for a child of his age. Still, he struggled.  And this is what I wanted to say, but didn’t completely understand myself back then – I wanted him to succeed too, and this was not my fault.

On one occasion, while working alone with Braxton, I was showing him some phonics cards.  I held up a T and said, what sound does this make? And he said, “BLALALALALA.” I winced at him over the card, and said, “Braxton, you know this one.”  And he snapped at me, “TEACHER! DAT CARD IS A T BUT WHEN I LOOK AT IT I HEAR BLALALALALA in my HEAD!”

I believed him.  And it was going to take another year of first grade to change that voice in his head.  God love him.

I cannot appropriately convey to you how much I loved the kids in that class.  My friend, who teaches Pre-Kindergarten said to me once, “is anyone in the world having as much fun at work as I am? Because I never stop smiling!”

And I believe her too.  If a person’s heart’s desire was to teach and be with children, it is most often because that was that person’s passion.  There are plenty of 4 year or even 6 or 8-year degree plans that will earn a scholar a much heartier wage, than a teacher.  So if they were not motivated by money, I promise they were driven to teach, nurture, and help.

So, what does that have to do with learning disabilities?

Pretty much everything. If your child is going to school, you have dropped them off with someone who is passionate about teaching.

What I want for this post to be is a place where I could say to you, the mother of a struggling child, the teachers are for you and with you.  No, not all of them. There is always a sour grape that will try to spoil the wine. But I am not going to open that can of worms. And here is why, if you know in your heart a human is truly ostracizing and victimizing your child, definitely, a throat punch is in order.

I want to clarify this from the standpoint of a non-LD learner’s mother.  Recently, one of the vandals, our 5 and 7-year-old sons, was removed from class for a behavior issue. After returning to class an hour later, he was removed again, and the principal called and requested that I come to school.

As I entered the office, my little boy was sitting in an enormous chair.  He looked tired and sad. For the next 15 minutes, I got a rundown of all the things that were wrong.  And it felt like a personal attack. I felt small, well not size 4 small, but small, like the little boy in the giant chair.  And I felt judged for my mothering. Worse, my heart was breaking for this boy, my son, who had acted poorly and was facing harsh consequences.

I made no excuses for him, there were none to be made.

I said very little, nodded my head and tried not to cry.  We went home and ate dinner from a bag. And it would be easy for me to tell you how hard they were on my baby.  I could portray them as wicked, unfeeling, and oblivious to the ways of little boys.

But that would not be the truth.

The truth is, my son, behaved badly.  He is not a bad boy. There is no condemnation in Christ, still, he made bad decisions.  And those decisions disrupted the class, caused harm to another child, and put the faculty and administrators in a position where I had to be called.

None of us want to hear anything negative about our children.  But I know this, I never wanted to have to tell a mother something negative about her child.  I dreaded it to my core. As an educator, what I remember most is that I wanted to inspire my students.  I wanted them to all get along, to embrace the opportunities ahead of them, and be better off in dozens of ways when we said our last goodbyes.

What I hope I am conveying is this, I know it is hard to face an ARD meeting or a call from the teacher, but I choose to believe, the majority of teachers are making that call because they have to.  You need to know, even if it is hard, you need to know. Furthermore, I believe the majority of educators don’t want to be the one that calls or meets with you to tell you that something is wrong with your child.

A good portion of the meager wage the teachers are receiving is your child’s success. 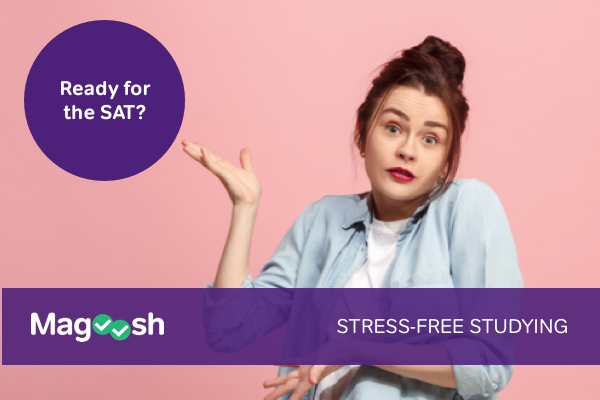 Greater still, we have come a long way in the public school system when it comes to educating a disabled learner.  Again, there is a post coming on advocating for your LD learner soon. But until then, I fully believe next to you, there is no greater advocate of your child’s success than the teacher.

A friend of mine that has a severely disabled learner told me that at their last ARD meeting the teacher started reading from the papers in front of her.  My friend reached across the table and grabbed the papers and said, “I can’t, I want to like you, but if you tell me her low IQ score or failures one more time this year, I will have no choice but to hate you for the rest of my life.”

My friend and the teacher stared at each other for a long time, and then they both busted out laughing, and then fell into each other’s arms, and sobbed.

Chief in dealing with the school system and your LD child is this, teachers are humans.

Until then, may your floors be sticky and your calling ordained!  Love, Jami

Here are the posts leading up to this one!

Two: Shaping the Mind of the LD Child

I have made this set of “I am cards” from journal entries I had when John was just a boy. I am in awe of the work that God had before John and I even realized it was to be. Things no eye had seen. literally no ear had heard. I know that you might be scared with all that is before you with a struggling learner. So, I pray these cards offer you hope in the future God has planned for you and your child.